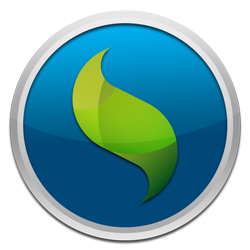 The last year and a half has allowed me to really focus on front end development, more specifically front end development with html5 for mobile devices. I wanted to share my experiences to hopefully help developers choose the right framework if they are considering using Sencha Touch or building a HTML 5 hybrid app. I started out by choosing between 3 front end mobile frameworks that I had heard a lot about which were: Dojo Mobile, jQuery Mobile and Sencha Touch. I choose Sencha Touch because it seemed like it is the most full featured mobile framework, used a MVC architecture, had good docs, a ton of pre built components to use, and a lot of good demos.

Fist I should probably disclose that due to project requirements I had to build the app inside of IBM’s Worklight platform, which definitely made development life more difficult, and the app not perform as well. Worklight is IBM’s version of Cordova/Phone Gap that runs a server and provides a method for talking to a backend and returning data to and from your app, sounds like a great idea, but it was terrible and clunky to work with. Anyway back to Sencha.

Here is what I liked:

Overall I think Sencha definitely has its uses and has some great ideas on HTML 5 app development but if I had to do it all over again I  would not use Sencha. For a cross platform hybrid app I would lean more towards an Angular, Ember or Backbone because you have more freedom to tweak  you app to exactly how you want it. I just don’t have the confidence that building the app with Sencha will preform well enough or will break if an OS update comes out. I understand when building a hybrid app you can’t expect 100% native app performance, but you when it effects your user’s experience all the benefits of using the framework really don’t count for anything. Hope this helps, let me know if you have any questions!